About your Republic of Panama, the country

Becoming quickly a top summer vacations destiny for adventure travel. It appeals to people searching for unbeaten travel routes , as well as those looking for family vacation package.

Located east of Costa Rica and west of Colombia, Panama is a narrow isthmus that connects North America with South America, allowing migration of species in both directions. As a result, you will encounter more flora and fauna species in Panama than in any other part of the Americas.

To protect its local resources, Panama has established 14 National Parks with a total area of 1,391,833 hectares, representing approximately 22% of the surface area of the country. With help from these National Parks, jungle covers 30% of Panama in total.

Besides its diverse ecosystem, Panama has three distinct native cultures: Guna Indians from San Blas Islands, Chocoe-Embera from Darien jungles and Ngäbe-Buglé from Chiriqui high lands. All of them have their own land reserve.

Panama's dominant ethnicity is a mixture of immigrants from Spain and Africa, as well as native Panamanians. However, you will find many Arabs, Jews, Orientals, Indians, North Americans, Italians, Colombians, Spaniards and other Europeans that have all contributed in making Panama one of the culturally richest countries in the region.

Due to Panama's strategic geographical location between the Atlantic and Pacific Oceans, Spaniard Conquistadors used the isthmus as a launching point for their take over of the New World. You will find ruins of fortresses, cities and other jewels of the past throughout Panama, that will transport your mind to a time when pirates ruled the oceans.

Since them, Panama Travel Routes had been a keystone of world commerce. Spain developed it as a land commerce route to unite both oceans.  France conceived and started to build a water canal, but it was USA that made it a reality.

After the USA handed back the Panama Canal to Panamanians, and Dictators vanished, Panama has become a sovereign country, fully democratic, responsible for its own economy, and more open to the world than never before.

Panama is today one of the top options for the adventurous traveler.  It is unknown, it is safe, and it has so much to explore. 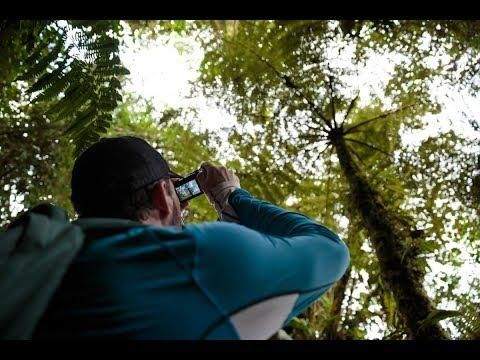