Panama Chagres River Map below shows some of the locations visited by Adventures Panama trips while paddling on river rafts at the river upper section by Chagres National Park, and them on expedition kayaks. 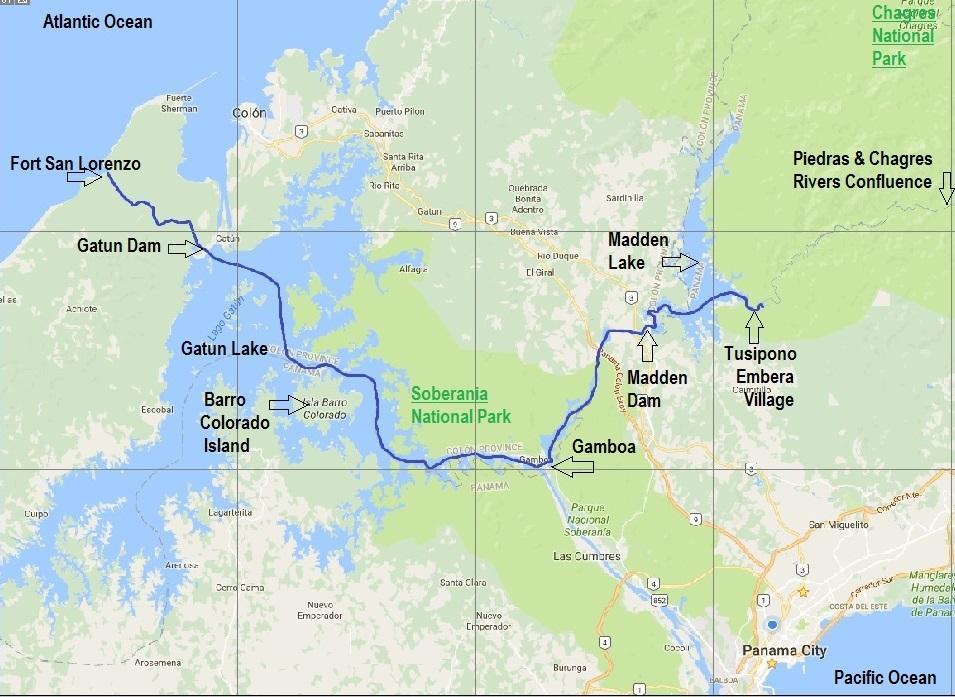 The Chagres River collects tributaries along its path through the isthmus such as Piedras, Limpio, Chico, Indio, San Juan, Boqueron to them, when its path is closer to the Pacific Ocean at Gamboa, turn northwest toward the Atlantic Ocean.

It has been damped twice, at Madden Dam to form Madden Lake which is used as a water reservoir to be used at the dry season for the Panama Canal.  Then it is also damped again further downstream with the Gatun Dam to create Gatun Lake where ships crossing the canal reach its highest section.

The water level of Gatun Lake is kept operative during the dry season by feeding on it water stored at the Madden Lake during the rainy season.

From the Panama Chagres River Map above, it is easy to understand why Panama has always being the favorite commerce transit route across the Pacific and Atlantic Oceans.