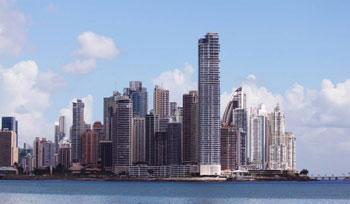 The city of Panama was founded in August, 1519, by Spanish conquistador Pedro Arias Dávila. On January 28, 1671, the original city (see Panamá Viejo) was destroyed by a fire when privateer Henry Morgan attacked the city. It was formally reestablished two years later on a peninsula located 8 km from the original settlement, today is know as Casco Antiguo.

Amador Causeway: A beautiful site where 3 islands were united with the mainland by using materials removed during the Panama Canal excavations.  You get to choose from several gourmet restaurants and enjoy the view of ships leaving the Canal and the city.

The Casco Antiguo: Also called San Felipe, it showcases a spectacular view of Panama City and visits to historic buildings such as San Jose Church, The National Theater, The Metropolitan Cathedral, The old Slave Market and the Old Spanish Prisons.

Begins by picking up guests at the hotel in Panama city at 9:00 a.m., to take them on a circuit that will allow to visit above destinations. The tour will take about 4-5 hours.

FREQUENT ASKED QUESTIONS
WHAT DOES IT INCLUDE ? Transportation and bilingual guide.
WHO CAN GO ? Everyone.
WHAT SHOULD YOU TAKE ALONG ? Comfortable clothing and walking shoes, camera, cash for souvenirs.
WHAT SHOULD NOT BE BROUGHT ? Any object than can be lost such as valuables like jewels, large amounts of cash, etc.

PRICE:
USD $ 120.00 per person
Group leader will go free for a group of more than ten persons.